What to see in Paro 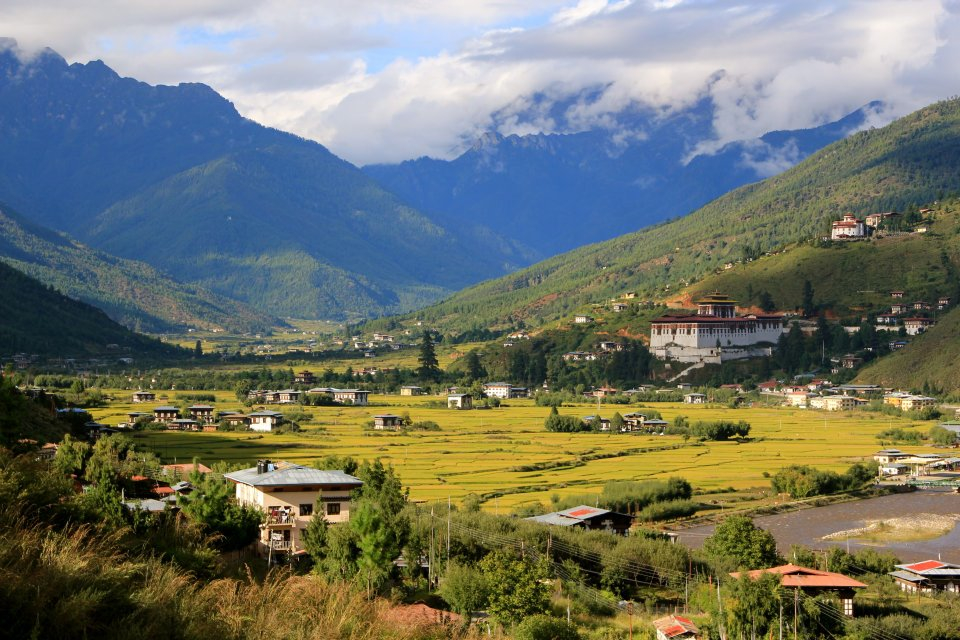 Rinpung Dzong : Also known as ” fortress of the heap of jewels “, it was built during the time of Shabdrung Ngawang Namgyal in 1646. The approach to the Dzong is through a traditional covered bridge called the Nemi Zam. A walk through the bridge to the Dzong, over a stone inlaid path, offers a good view of the architectural wonder of the Dzong as well as life around it. It is also venue of the Paro Tshechu, held once a year inspiring.

Taa Dzong: The cylindrical building was built in 1641 AD. by Desi Tenzin Drukda, the then Governor of Paro, as a watchtower to look over the Paro Dzong in case of invasions from the north. As was the situation in those days, invasions were occasional and the Dzong, which was the center of administration in the state, needed to be overlooked by such towers to look out for invaders. The unique structure has six floors that go spiraling down from the top. During the olden days the building not only housed soldiers but also prisoners of war, mostly invaders. Since 1967 the Dzong was re-established as the National Museum and holds a fascinating collection of art, relics, religious Thangkha paintings and Bhutan’s exquisite postage stamps.

Drukgyel Dzong: This Dzong, with a delightful village nestling at its foot, was built in 1646 by Shabdrung Ngawang Namgyal to commemorate his victory over the Tibetan invaders led by Mongolian Warlord, Gushri Khan. Historically and strategically this Dzong withstood all its glory and had captured western eyes in 1914 vide National Geographic magazine. The glory of Drukgyel Dzong remained even when it was destroyed by fire in 1951. On a clear day, one can see the commanding view of Mount. Chomolhari , below the Dzong

Kyichu Lhakhang /Monastery: The origin of Kyichu Lhakhang dates back to the seventh century, it is one of the oldest and most sacred shrines of Bhutan (the other is Jambey Lhakhang in Bumthang ). Kyichu Lhakhang is composed of twin temples, the first temple was built by Buddhist Tibetan King, Songtsen Gampo in the 7th century and in 1968, H.M. Ashi Kessang, the Queen Mother of Bhutan, arranged for a second temple to be built alongside the first one, in same style.
Paro Taktsang / Tiger’s nest: One of the most sacred nyes in the Buddhist world, Taktshang was established in the eighth century by Guru Rinpoche. The guru in the wrathful form of Guru Dorji Droley subdued the evil spirits and then meditated in the Pelphug in Taktshang. Other saints who meditated in the cave include Milarepa, Phadampa Sangye, Machi Labdoenma, Thangthong Gyalpo and Zhabdrung Ngawang Namgyal. The main monastery around the Pelphug in Taktshang was constructed in 1692 by the great fourth Desi, Tenzin Rabgye. Between 1961 and 1965 it was renovated by Je Sheldrup Yoezer. The latest additions were made in 1982. The Taktshang monastery was severely damaged by fire on April 19, 1998, but the Dubkhang, the most sacred sanctum of the monastery, was found to be safe. Restoration work on the lhakhang began two years later after the fire because of the lona and the danger of loosened rocks from the cliffs overhead.

Kila Goemba: It is serene home of Buddhist nuns who have dedicated their life for spiritual fulfillment and leading undisturbed life of religious studies, prayer and meditation. The Goemba is nestled in a craggy patch on the mountainside below the Chele la pass and perched precariously along the rock face. From Chele la pass, the Lhakhang is about an hour walk amidst magnificent wooded area.