Bhutan believes that Gross National Happiness can be achieved some day by following the index below: 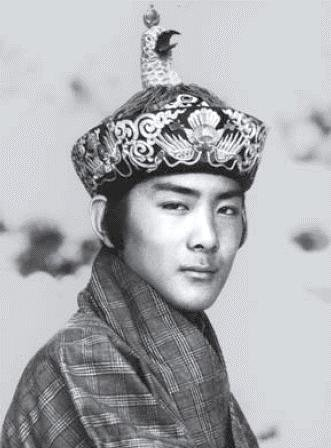 The Kingdom of Bhutan, also known as Druk Yul, the Land of the Thunder Dragon, is a country unlike any other. The Bhutanese people have always taken a unique approach to everything. Bhutan has inspired many around the world by placing the happiness and prosperity of each of its individuals ahead of economic wealth. This is the central idea behind Gross National Happiness (GNH), Bhutan’s development philosophy. GNH was developed by His Majesty the Fourth King of Bhutan. It’s based on the premise that true development occurs when material and spiritual development complement each other and highlights both the physical and mental well-being of the individual. His Majesty the Fourth King stresses that Gross National Happiness is more important than Gross National Product, as wealth does not necessarily bring happiness to people.

Our philosophical mission of maintaining GNH generates great interest, yet it creates more responsibility to us in Bhutan to ensure that we don’t lose that special and unique perspective for our country. So how does GNH translate to life in Bhutan? GNH comprises four pillars: Conservation of the Environment, Equitable and Sustainable Development, Good Governance, and Preservation of Culture.

Conservation of the Environment: Enshrined in the country’s constitution is Bhutan’s resolve and commitment to “maintain at least sixty percent of the country under forest cover at all times.” Presently, 72% of Bhutan is forested and more than a third of the country falls within the protected area network. To conserve biodiversity effectively, we must first understand and catalog what we have, and then assess how key populations are doing. Conservation of a target species or ecosystem ideally begins with establishing a baseline and then working to attain a certain desired state for that target. The Bhutan Foundation is committed to supporting its partners in Bhutan in achieving this through building capacity for conservation in partnership with various stakeholders. While Bhutan has been lauded as a global frontrunner in conservation efforts, it comes with distinct challenges. For example, we often have to forego economic opportunities for the sake of conservation. And, in the wake of increasingly erratic weather patterns, flash floods and natural disasters are becoming more commonplace, driving home the realities of climate change.

Although Bhutan is a carbon-negative country, it does not escape the wrath of global climate change. Much of Bhutan’s revenue generation is highly dependent on hydropower that relies on glacial melt water and surface runoff. The Bhutan Foundation supports local initiatives to mitigate carbon emission and prepare for and adapt to climate change. At the national level, it seeks to promote Bhutan as the poster child for what a country can do, as part of the global community, to combat and prepare for global climate change, in the hopes that bigger, richer countries will follow suit.

Sustainable Development Social and economic development: is the core of Bhutan’s development policy so that the people may enjoy higher standards of health care, education, and social services and less hardship. To address the needs of present and future generations, Bhutan envisions higher standards of living and access to modern amenities and technology across all parts of the country. A crucial element of this growth and development is equality, which will enable the benefits of development to reach the poorest and the weakest.

Bhutan has achieved impressive development and improved the lives of many people under the dynamic leadership of His Majesty the Fourth King, and this has laid the foundation for faster, more equitable, and more humane development. Bhutan is committed to uplifting the well-being of the people further, especially those who live in remote and inaccessible areas and those who are disadvantaged.

Good Governance: The world is watching our new democracy evolve in Bhutan, and efforts to succeed with good governance are a priority. We are learning every step along the way that, with our democracy, the government must reflect the opinion of the people, and the people must become more proactive in their involvement with the exciting changes.

Preservation of Culture: Many countries have lost much of their cultural heritage with the dynamic changing of times. In Bhutan, we’ve made a sincere and respectful effort to preserve our culture. For us, GNH is also about culture and how people live life as human beings, as families, and as a society—our values that we aspire to individually and collectively. Our distinct architecture, cultural events, traditions, and rituals are all aspects of the Bhutanese way of life. The challenge is more profound today than ever before to restore and maintain these elements through cultural preservation.

Blessed with exceptional leaders and forward-thinking citizens, Bhutan remains distinct and unaffected amidst the world that too often faces crises. To help the government in its meaningful work to achieve Bhutan’s development goal of Gross National Happiness and to continue the development success the country has achieved so far, the Bhutan Foundation aligns its programs to support initiatives under all four pillars of GNH.